I'll start with the seaweeds and add further posts later.

Seaweeds are algae and support a number of epiphytes, (plants that grow on other plants) providing food and shelter for shore creatures from grazing molluscs to tiny fish. Our seas and coastline are in need of protection if we are to keep our marine wildlife healthy.

I've had some trouble identifying one or two of them. There does not seem to be a guide book on seaweeds that either doesn't cost a small fortune, or is a deeply studious text book. I have spent a long time trying to find such a book since I got back from Arran. As a result, I may have got the ID wrong occasionally. Also, the information provided here, will be dependent upon what I have been able to find.

Note on Identifying Seaweeds:
It took me quite sometime to discover not to rely too much on colour for identification - seaweeds vary from vivid green through to brown
or even black. The red ones also vary.

And now the seaweeds:
The first is Sea Lettuce - Ulva lactuca. As you will see, it does look quite like lettuce. Should you come across it on a beach, don't walk on it, it is very slippery and tough. Plants that have become detached from the substrate can continue to grow, forming extensive floating communities in the sea.

Some seaweeds possess powerful cancer-fighting agents. Researchers hope they will eventually prove effective in the treatment of malignant tumors and leukemia in people. While dietary soy was long credited for the low rate of cancer in Japan, this indicator of robust health is now attributed to dietary seaweed.
Some contain anti-inflammatory and anti-microbial agents.

Habbitat: All round Britain and Ireland but is probably under-recorded in Ireland.
Appearance: Fronds are broad and crumpled, it is tough, translucent and membranous. It's held to rocks with a disc like holdfast.
Colour: Green to dark green.

Below are two photos of it, the first shows a fresh sample, the second, a piece which has been out of water for a while.

Now a red seaweed, Purple dulse Porphyra umbilicalis. It's common name is Purple laver, also known as laver, as in the Welsh food, laver bread, or Nori, which is used in Japanese cooking.  It's used to wrap the rice and fish mixture called sushi, among other things. Many Asian countries eat it. This seaweed can reproduce asexually by forming spores which grow to replicate the original thallus. It can also reproduce sexually. Both male and female gametes are formed on the one thallus, or leaf, for want of another description. It grows in cold, shallow waters. There are several species of porphyra.

The next one is Channelled Wrack - Pelvetia canaliculata. The fronds are rolled lengthwise to form a channel. It may have bumpy v-shaped swellings at end of fronds. It can dry out completely, to become black and crispy. It's a very common seaweed, growing around the high water mark on sheltered, rocky shores. Living on the upper shore, it is very tolerant of desiccation and can survive for up to eight days out of the water. In fact, if it is fully submerged for too long, it may die. Channelled Wrack can live for up to four years. Length 15 cm.

The next photo works well as an art shot, as well as a record of what I found. It has a few seaweeds in it.

The one top is Channelled Wrack, at the bottom is a orange coloured"strap-like" one, which I've not been able to ID so far. There is a little Sea Lettuce on the top right. On top of the Orange one is Bladder Wrack Fucus vesiculosus. The latter seaweed has round air bladders which float its fronds towards the light. They usually grow in pairs on either side of the mid-rib. This seaweed needs photosynthesis to produce food for itself, (sugars). On wave exposed shores, a bladder-less form occurs.

The number of bladders present varies with wave action. With increasing wave action the number of bladders decline. The reproductive structures at the ends of the frond (the receptacles) become elongated and narrow. These changes are essentially to reduce the drag on the alga.
Lifespan: 4 to 5 years.
Habitat: typically in the middle shore.
Length: 1m although up to 2m have been recorded.

Now for Sugar Kelp - Saccharina latissima.
Sugar Kelp (or 'Sugar Wrack') is a common kelp seaweed which grows around the low water mark, attached to rocky shores up to 30 metres deep. It favours sheltered conditions. It can live for up to four years and grows particularly quickly during early spring. Sugar Kelp is sweeter than other kelps, so is used in cooking from Scotland to Japan.

Sugar Kelp is a large seaweed, dark browny-green, with a single, broad frond that has a distinctive crinkly and wavy edge. This kelp make a special sugar caller "lanminarin".

The following one is Eelgrass it is not a seaweed - it's a perennial flowering plant.Eelgrass is a type of submerged aquatic vegetation, referred to as SAV. Seagrasses are the only flowering plants that are able to live in seawater and able to pollinate while submerged. Seagrass ecosystems are among the most diverse and productive ecosystems in the world. In ecological and economic value, they rival tropical rainforests and the world's richest farmlands.

Eelgrass beds form dense underwater meadows providing food, shelter and protection from predators for many juvenile fish and shellfish of ecological, commercial and recreational importance. Seagrass beds also play an important role in the life cycles of crabs, finfish, and waterfowl. There are four species in the UK, two species of tasselweeds and two zostera species known as eelgrass.
Habitat: Seagrass is dependent on high levels of light for photosynthesis to grow and can therefore only be found in shallow water to a depth of around 4m. They are found around the coast of the UK, in sheltered areas such as harbours, estuaries, lagoons and bays. Also found around the world in temperate climates.

The next seaweed is Egg wrack - Ascophyllum nodosum. On one site I looked at is is described as, "a large, common brown alga". The accompanying photo showed it as green and my photos all show a yellow seaweed. Be warned, the colours seem to vary a lot. It is the only species in the genus Ascophyllum. It's seaweed of the northern Atlantic Ocean, also known as Rockweed, Norwegian kelp, knotted kelp or knotted wrack.

This seaweed contains Phlorotannins, which act as chemical defenses against the marine herbivorous snail, Littorina littorea. Because the age of the different parts of A. nodosum can be identified by its shoots, A. nodusum has also been used to monitor concentrations of heavy metals in sea water.
Habitat: Common on the north-western coast of Europe (from Svalbard to Portugal) including east Greenland and the north-eastern coast of North America.


Now for an orange seaweed. I have been trying to get an ID on the next seaweed for almost two weeks and failed miserably. I show it here because it is at least recorded, also because it's an unusual colour compared to the rest of them I saw. There was a fair amount of it about, so it's not rare, as far as I can tell. From what I have learned, my guess is that it is a kelp of some kind, it's only a guess as I said. The second photo shows the full length of another piece of the same seaweed.

Below are two images of what I suspect are the same seaweed. It's white because it has been bleached in the sun and rain as far as I can tell. Certainly, I have found no white seaweeds and I have devoted a large part of the last two weeks researching seaweed. I'm as sure I can be that this one is Chondrus crispus - Carragheen (TBC).
As I'm not totally sure of the ID, I will not give comment on it.

I do have one thing to point out here; look at the bottom right of the second image, you'll see a net like object. It's Sea Mat - Bryozoa.
This is not a seaweed, they are actually animals that live in limy chambers. They are minute organisms which form flat colonies over the surfaces of seaweeds and under rocks. They filter the seawater for food and are hermaphrodites.

Whilst I'm talking about tiny sea animals, I may as well show you two more. First, Calcareous Tube Worm - spirobis spirobis on Seaweed. The tube they live in are fixed to the rock so they can't move about. When the tide is in, they put their heads out and feed on tiny particles in the water.

Next, the Keel Worm Pomatoceros triqueter. There are two keel worms. It took me a while to sort them out (easy once you know) The one shown below may be confused with Pomatoceros lamarcki, the tube of which differs from Pomatoceros triqueter as it has two vestigial ridges, one on each side, in addition to the median keel. It feeds in the same way as the Calcareous Tube Worm.

I've talked about seaweeds but not shown how the anchor to rock. Basically, they use what it called a Holdfast, which is different for different species of seaweed, some have a disk, others a root-like structure. the one below has the latter. The image also shows a few barnacles.

Now for the Twisted wrack - Fucus spiralis, also called Spiral wrack. It can be recognised by the spirally twisting fronds with an obvious rib down the middle, and the yellowish, paired swollen tips which are the reproductive structures. The bladders in this one are still inflating. It can survive out of the water for long periods, and live for four years.

I have another white/bleached seaweed now. In places, you can still see the original brown colour that the whole weed was. I've only been able to narrow it down to one of two, it's either, the broken off fronds of Furbelows - Saccorhiza polyschieds, or, broken off fronds of Oar Weed - Laminaria hyperborea. Your guess is as good as mine.

Furbelows or, it may be Oar Weed.

To finish this post off, here is yet another white/bleached seaweed. It's a very delicate one and I believe it to be Polysiphonia lanosa. It is a red, threadlike seaweed which grows almost always on the seaweed, Knotted wrack - Ascophyllum nodosum. As yet, it is not clear what the relationship between Polysiphonia lanosa and Ascophyllum nodosum is. It could be parasitic, it may be symbiotic. There are about twenty other species of Polysiphonia that grow around the coasts of Britain.

So, that's the end of my Arran seaweed post. It has been a long journey and steep learning curve for me, I have thoroughly enjoyed it. Although, I do have to admit that sometimes I became quite frustrated. I have complained about the lack of a dedicated seaweed book. However, after a great deal on online searching, I have found several very good PDFs about them.

I strongly recommend the Oxford Book of Flowerless Plants. This had the best selection of seaweeds I'd found anywhere. 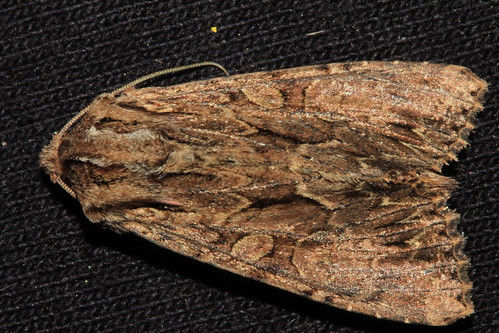 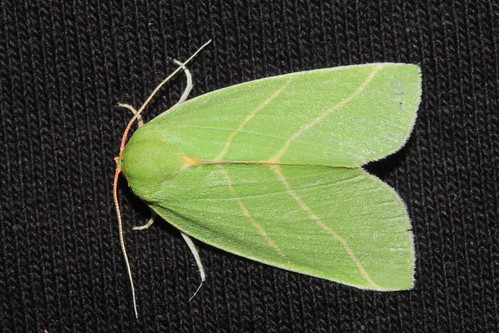 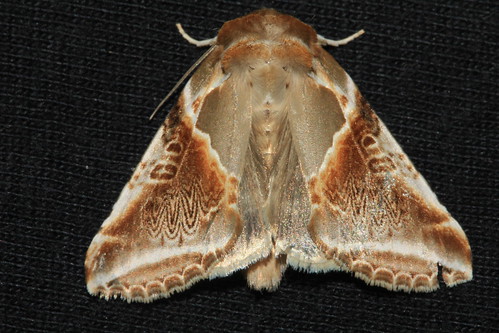 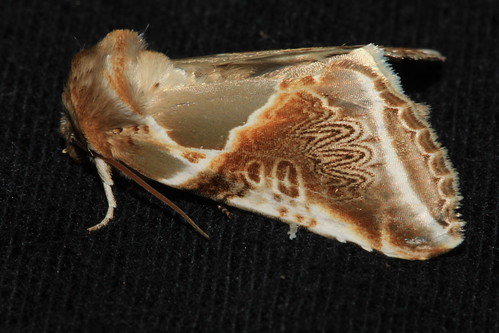 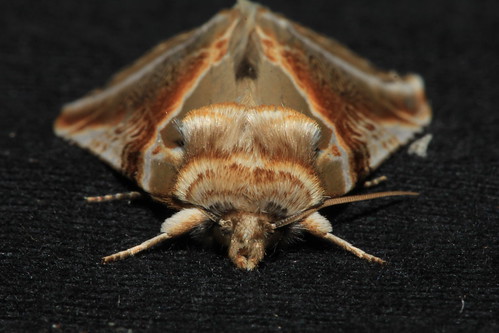 Snowdonia - A Few From the Hills & Valleys 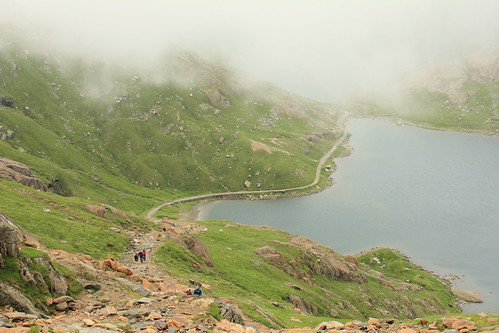 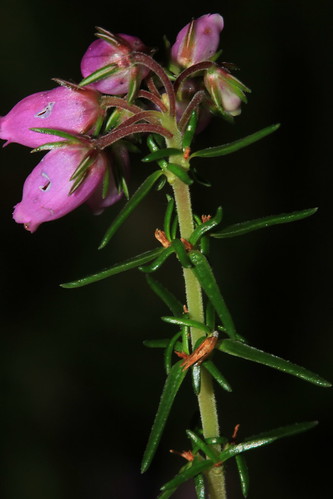 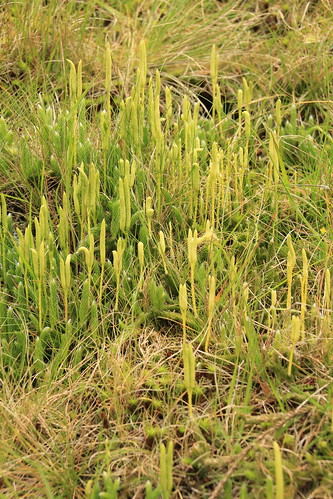 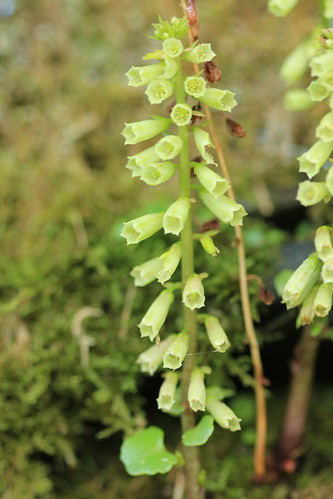 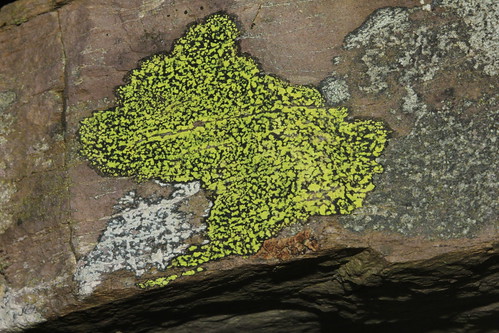