Swans in The Moss

Mute Swans - Cygnus olor and Cygnets in breeding Plumage amongst Reeds in Leighton Moss . Adults with red tinged breeding plumage and Cygnets still in down 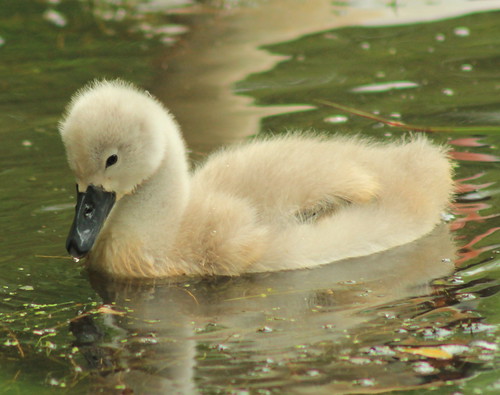 The male and the female birds, the cob and pen, usually attempt to mate for life,  It is possible for an adult bird to find another mate.if a partner is lost 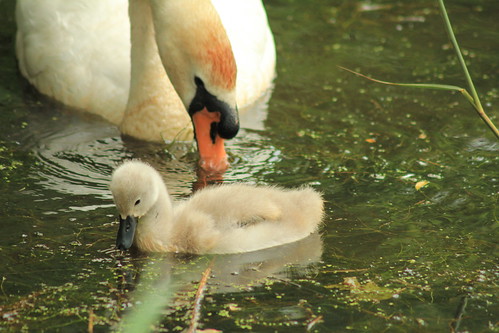 The nest is a large mound of material, normally dried grasses and assorted vegetation, sticks and rushes, constructed at the water's edge. The nest is built by the female, while the male supplies the materials.

The female lays up to seven eggs between late April and early May. Both sexes incubate the eggs, which hatch after 35-41 days. The young birds, or cygnets, sometimes ride on their parents' backs and remain with the adult birds for four or five months.


The young of some pairs are driven off the breeding territory as soon as their plumage is predominantly white (during late autumn or winter). Other broods often accompany their parents to the wintering area, and usually join a large flock in which they remain when the parents return to their breeding territory. Young birds will not generally breed for the first two years of adult life. 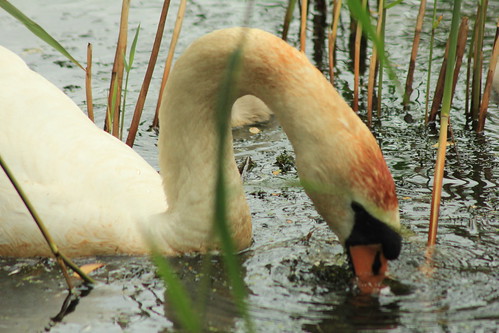