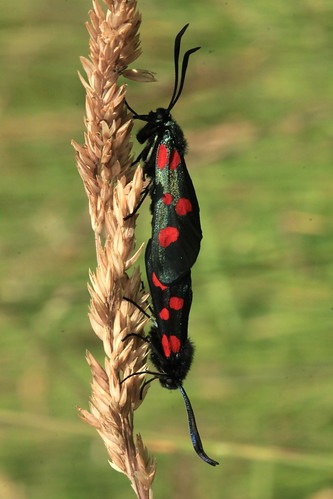 The Burnet Moths or Forrester Moths with their fast buzzing wing length are often mistaken for bees or  wasps  . This specimen  Note 1 likely 170 Five-Spot Burnet Zygaena trifolii was taken 30/06/14

This years nature sees a rapid trend to Autumnal progression with Hawthorn already achieving berry . this narrower floristic window may impact on some species more than others